We’ve just wrapped up our month-long capital campaign at work, and it’s been a major lesson in communication and identity-generation. When you’re asking people to donate extra money to a non-profit that they already support (in this case, a church), you have to implement a lot of moving pieces to cast the vision… multiple videos (like this one), websites, print pieces, banners, posters… even small ephemera like nametags and rubber wrist bracelets.

But it all centers around a brand… something symbolic that quickly communicates the vision and feel of the project. For our Ask God project, the primary message was that we as a church needed to ask God how we should grow for the future. So there was a major emphasis on requests– both toward the congregation (to give) and to God (for wisdom). And our secondary message was that growing meant building new facilities– a children’s building and a food pantry specifically, along with some renovations to existing buildings.

My supervisor, David, and I both contributed ideas for the campaign logo. Here are some of my efforts:

The Hebraic aspect on this one was probably a little distracting from the project goal.

This was a more illustrative pass. In retrospect, we've got more of a photo-oriented aesthetic around here. 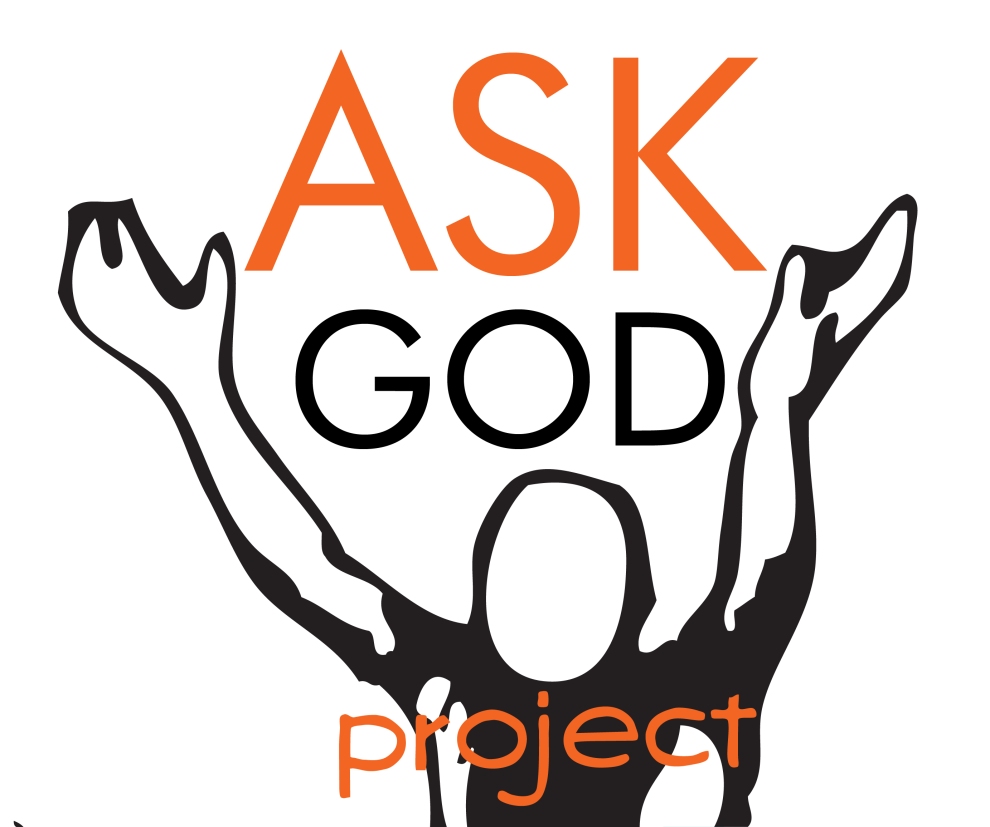 Ultimately, however, David’s vision and experience carried the day (and rightly so). What David successfully did was integrate both elements into his design. You’ll see the request element as well as a subtle hint at the upcoming construction projects. He combined it all with a rugged aesthetic that suggested that we were getting involved in a very hands-on effort. Check it out:

After the logo was approved, we went to work on a lot of those moving pieces. I got to be responsible for projects like the project website, the slide show, and posters that showed the renovation plans. Here’s one of my favorites, using the architectural plans for our property: 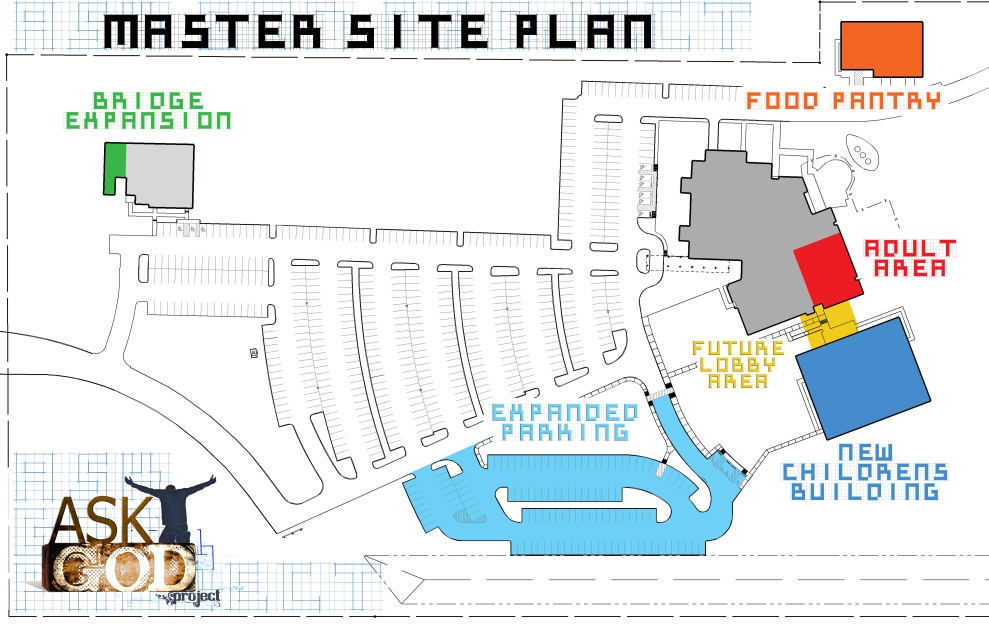 Ultimately, we were able to raise enough to get started, enabling us to expand in ways that have been long overdue. It was a good, busy season.

And as soon as it was done, it was time to get started on the equally-busy Christmas season.

Next: Getting Ready for the Holidays.