Trying to gain some proficiency in watercolors before a live art event on Thursday night. Y’know what they do in TED Talks, where a guy sits at a whiteboard and creates a visual diagram/representation of what the speaker’s saying? We’re going to try and do that for an outdoor worship service. Except with the afore-mentioned watercolors.

(Which are demonstrating that their mastery is no simple task.)

But since I’ve been in sixth grade, I’ve gauged my mastery of static media by drawing the same character over and over. Thus, Spidey: 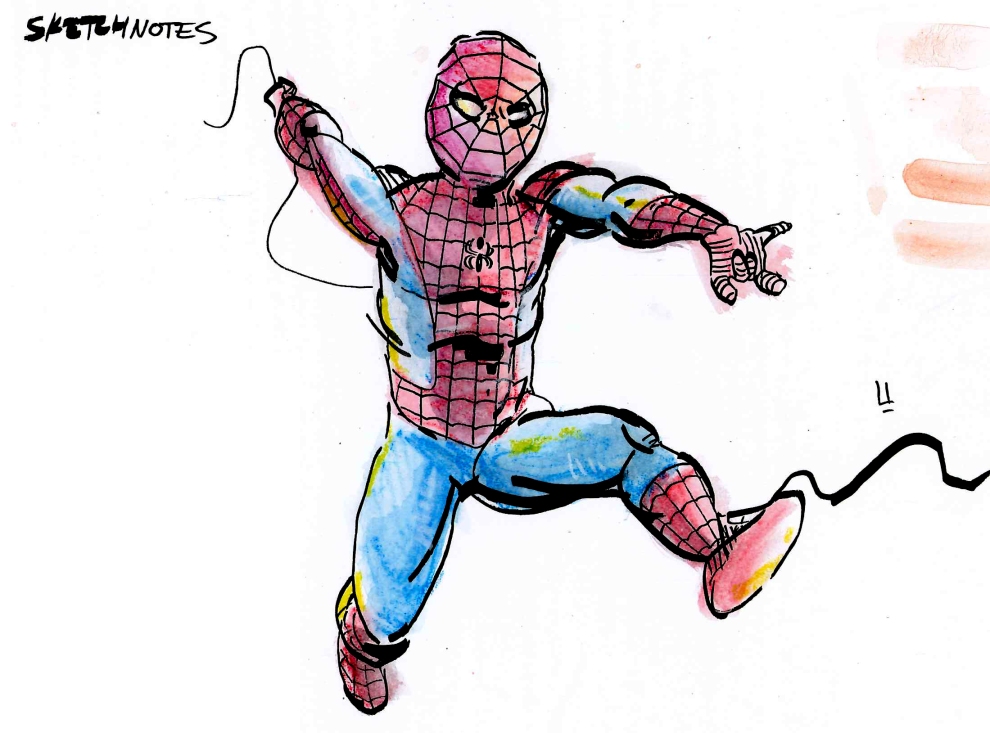 I’ll post the watercolored pics from the live event later this week.

P.S.- there may or may not be a pun in that title. Not that I’m proud of my cleverness. But I am.

One response to “What Are Colors?”